Paris, 1971. Plucked from obscurity by music impresario François, Angèle rises to fame to become the biggest pop star of the 60s.

But are you truly an artist when you have given your voice to someone else?

And will a career-rocking scandal force her to break free?

written and performed by Anne Bertreau

Anne Bertreau’s A Voice is a personal and political play that explores the moment in France in 1973 when 343 muses, consisting of politicians, musicians and artists, broke their silence on abortion and Anne connects this with the current #MeToo movement which began in 2018.

A Voice previously toured UK festivals in 2019: 4-6 May at The Warren: The Nest, Brighton Fringe and 18-26 August at C cubed, Edinburgh Festival Fringe.

For 2020, French theatre company YOSIS run by Anne Bertreau and UK theatre company 20 South Street run by Julia Stubbs will co-produce the run at the Brighton Fringe and then plan to tour the solo show nationally later in the year. 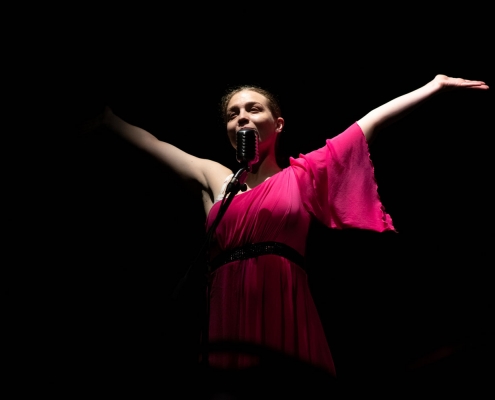 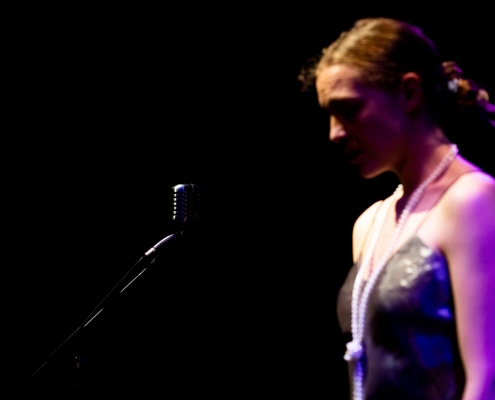 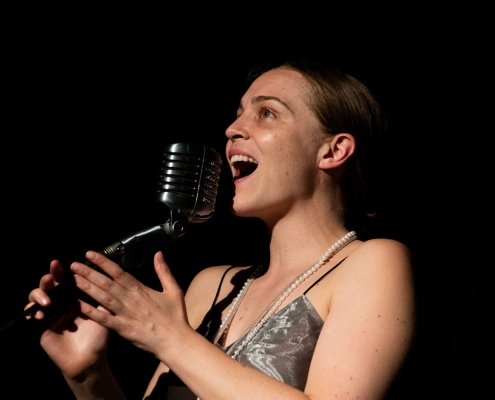 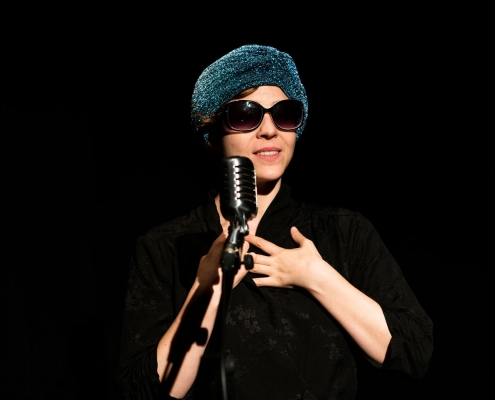 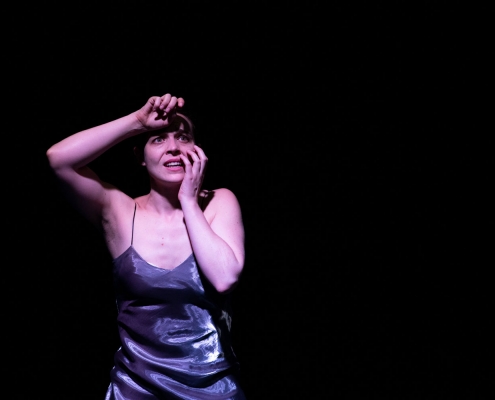 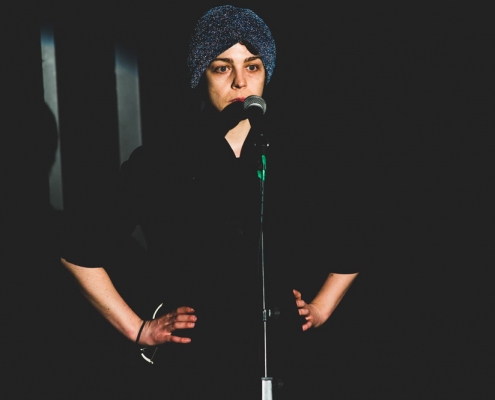 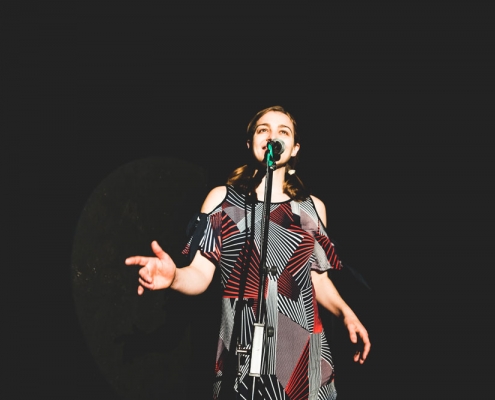 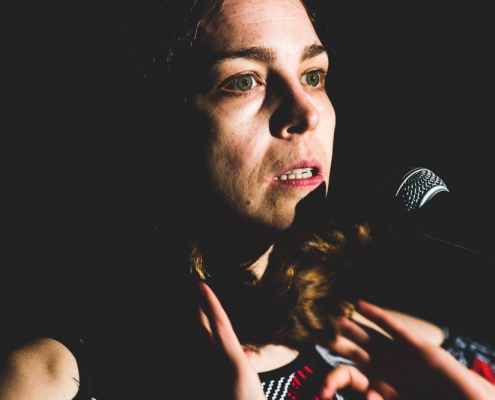 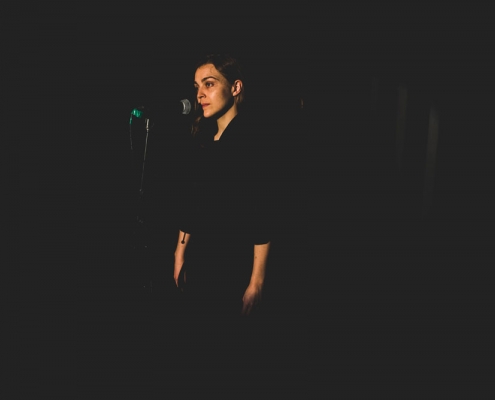 “Did you see how much they loved me?”

At the 2018 Brighton Fringe, Julia saw the new play Behind Our Skin. The piece was written and performed by sisters Anne and Sophie Bertreau and produced by their Paris-based theatre company YOSIS. The play was an insightful and moving portrait of two very different women that also explored identity, race, and immigration. From watching Behind Our Skin, it was clear to Julia that Anne and Sophie were extremely talented artists with whom it would be great to collaborate with in future.

Then in April 2019, Julia saw the new production from YOSIS. A Voice, written and performed by Anne Bertreau, was part of a festival of European theatre in London. Having not worked with a director on the piece, Anne approached Julia to collaborate with her and to direct the play. Julia jumped at the chance to work with Anne and their extremely creative collaboration began. The production then toured to the Brighton Fringe in May 2019 and the Edinburgh Festival Fringe in August. In Edinburgh, there was the addition to the play of two original songs with music composed by Daisy Chute and lyrics by Anne Bertreau.

Reviews for A Voice

“… stunningly performed… Anne Bertreau plays Angele with a wide-eyed credulousness that is filled with pathos… her physical vulnerability is captured as she changes from one glittery dress to the next, pale and exposed”  ★★★★ The Guardian

“it’s a challenging show with a nuanced and powerful solo performance, which looks to the past to reflect issues that are still very much in evidence in show-business today. This is a voice that is often lost in the glitz and glamour of the music industry, but is one that deserves to be heard.”  ★★★★ FringeGuru

“Anne Bertreau is beguiling in her role, playing the malleable young girl with ease.”  ★★★★ The Upcoming

If you do not want that we track your visist to our site you can disable tracking in your browser here: